Let’s Do All The Cardinals a Favor

The other day, I posted on how there were a couple of fun cardinal websites. Boom. One was a Fantasy Conclave in which YOU get to predict who you think will become the next Pope, on what day he’ll be selected and what name he’ll choose. The other was a website that randomly gives you a Cardinal to pray for during the Conclave.

Now, if you remember, I predicted Cardinal Burke. Currently, he’s in the background, no one thinks he’ll get it, no one is talking about him, and when it comes to selecting a Pope, that is usually a good thing as he who becomes Pope generally wasn’t talked about much.

Lately, I’ve seen the blogosphere literally blow up with a multitude of reasons as to why Cardinal Burke has what it takes to be Pope as well as why he might even get the nod…which is all speculation at this point.

To be honest, I got sucked into this. It was exciting to read. Who could blame me, right? The guy I’m predicting is getting a lot of rave reviews! But, really, haven’t we learned anything over the last decade as to how the blogosphere HAS an impact?

I’m worried that if we keep blogging and blogging as to why a potential “nobody” (really Cardinal Burke isn’t a nobody, but, when compared to all the “front-runners” he is), he will eventually become a “somebody”. Looking again at how generally the Pope is elected that nobody expects, it seems that we are doing a huge disservice to ALL the Cardinals when it comes to blogging on and on about why so and so will be good and why so and so will be bad.

Really, what we members of the Church are called to do, is to do one thing only. Pray. We need to be praying for the Cardinals who are at Conclave. We need to pray that the Holy Spirit choose a successor of Peter who is what the Church NEEDS. 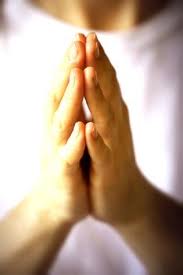 Its easy to get caught up in all the fun and speculation of who the next Pope will be, after all, it doesn’t occur that often. But, the danger that can occur is starting allegiances to Cardinals who may not be Pope, becoming severely disappointed when our “choices” don’t get picked, or, potentially, someone we don’t like becoming the next Pope. Not to mention, this will look incredibly bad if you have bad mouthed the Pope, before he was even Pope.

As Catholics, we are all called to obey the Pope. So, I reiterate. Please, please, PLEASE pray for the Cardinals, and promise that no matter who gets elected, that you will honor the new Pope.