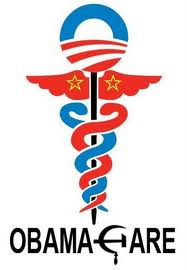 Obamacare will be going up before the Supreme Court tomorrow. My guess is that the entire mandate will be struck down 5-4. I’m really hoping that that is the case, as I specifically recall learning in school that when the Supreme Court looks at a law, if a part of it is ruled unconstitutional, the entire thing gets thrown out. It seems that today, rules don’t apply.

I will admit that there needs to be some kind of a change with the way the insurance/health care industry runs, but I do not think that the government should be the one to impose their thoughts on it. I really think that a group of people should get together and start their own company. Ideally, many groups of people can start many different companies. This would provide competition among themselves, as well as competition among the current companies out there.

Unfortunately, a lot of the reasons why health care costs are so insanely high, are because of government imposed regulations that are currently out there. I personally feel that if you get rid of those regulations you will be able to greatly lower costs. Other reasons are because malpractice insurance is so ridiculously high. Doctors should be held accountable, but they are human too…how often do you make mistakes in your job? Should you get sued? I didn’t think so.

From a Catholic point of view, there should be a more affordable health care system. The difference though, is that it should be up to us, the Church, to come up with this system, not the government. We do not rely upon the Gov, but we do rely upon God. The Catholic Church already gives out healthcare universally. It is far more efficient than anything the government could ever hope to accomplish. Hopefully, I’m right, but a lot of opinions that I am reading thus far are that only the individual mandate will be scrapped. If thats the case, I’m not really sure how Obamacare will be able to stand its own ground, considering most of it is built off of this one mandate. It’ll be interesting to say the least. I think, regardless of what the ruling is, President Obama will have a very difficult election year.