“I am the Lord your God. You shalt not have strange gods before me.”

I discussed mortal sin a couple of months ago, just before Lent. As a quick review, here are the 3 conditions that need to be present in order to commit a mortal sin: 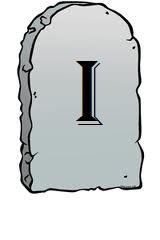 1. Serious Matter.
2. Knowledge that the act is serious before committing the sin.
3. Full consent of the will (I know its wrong and I’m going to do it).

So, what are some examples of mortal sin against the first commandment? Here are a couple with an explanation of what it is and why its sinful.

When we receive Jesus unworthily, we bring upon ourselves judgment, which would imply mortal sin.

Presumption (Committing a Mortal Sin with the intention of going to confession)
This is the attitude of “well, I can just go to confession, so I’m going to go and commit _____”. This is a mortal sin within itself. The purpose of confession is for us to confess our sins and to fully repent. You can’t repent when you have the intention of committing sin. This is different from committing the sin and then saying “I need to get to confession”. Let’s look at an example of how this is wrong. We are hanging out. All of a sudden, I get the urge to punch you. I say to myself, “ya know, I really want to punch them, I know its wrong, but you know, they’ll forgive me if I say I’m sorry afterwards.” I punch you and then go “Oh my, I’m so sorry!”. This is exactly what it is like when we are guilty of presumption.

Involvement in New Age or Eastern philosophies, atheism, agnosticism, leaving the Church, faith in a schismatic group
I lumped these up into one group as I think they all share a common theme. Faith in something that is not given to us by God. New Age and Eastern philosophies are very non-God friendly. There are many different philosophies, but a lot of them include worship of the Earth, belief in the spirit, faith in the body, etc. Atheism, is the outright rejection of God. Obviously, rejecting God would be a mortal sin as we are severing the relationship with Him. Agnosticism has a lot of sub-groups, but basically it is the rejection of God in the form that He is unknowable, which we know that He is knowable for He has revealed Himself to us throughout the course of human history. Leaving the Church is the rejection that Jesus Christ started the Roman Catholic Church. As we read in Matthew 16:17-19:”Jesus said to him in reply, “Blessed are you, Simon son of Jonah. For flesh and blood has not revealed this to you, but my heavenly Father. And so I say to you, you are Peter, and upon this rock I will build my church, and the gates of the netherworld shall not prevail against it. I will give you the keys to the kingdom of heaven. Whatever you bind on earth shall be bound in heaven; and whatever you loose on earth shall be loosed in heaven.”

Jesus is very clear here that Peter will be in charge of the Church when Jesus is no longer with us. Schismatic groups are groups that claim to be Catholic, but are not in union with the Catholic Church. Again, Jesus started the Roman Catholic Church, not these other churches who were started by men and have a start date far from 33 A.D.